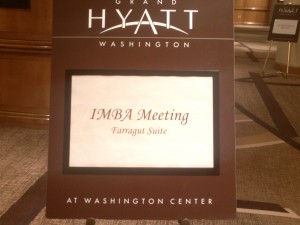 Hello everyone and welcome to my blog from Washington DC during the 2011 National Bike Summit! Today was an active day of both traveling and listening to quite a wonderful array of presentations. So lets start from the beginning!

I started my day in DC with a pre-summit workshop on the IMBA Public Lands Initiative. To give a little background, this workshop has its origins in a battle that IMBA has been fighting to conserve mountain biking in areas that the Federal government has been trying to give the “Wilderness” designation. As it says on the IMBA website, “The Public Lands Initiative targets critical campaigns where public lands policies, legislation and management practices could close important trails to bicycles.”

Moving on, the workshop also had appearances from the members of the Trail Care Crew as well as all of the IMBA regional directors from across the country. After that I stopped by the IMBA booth to pick up my registration package and hear giggles abound… 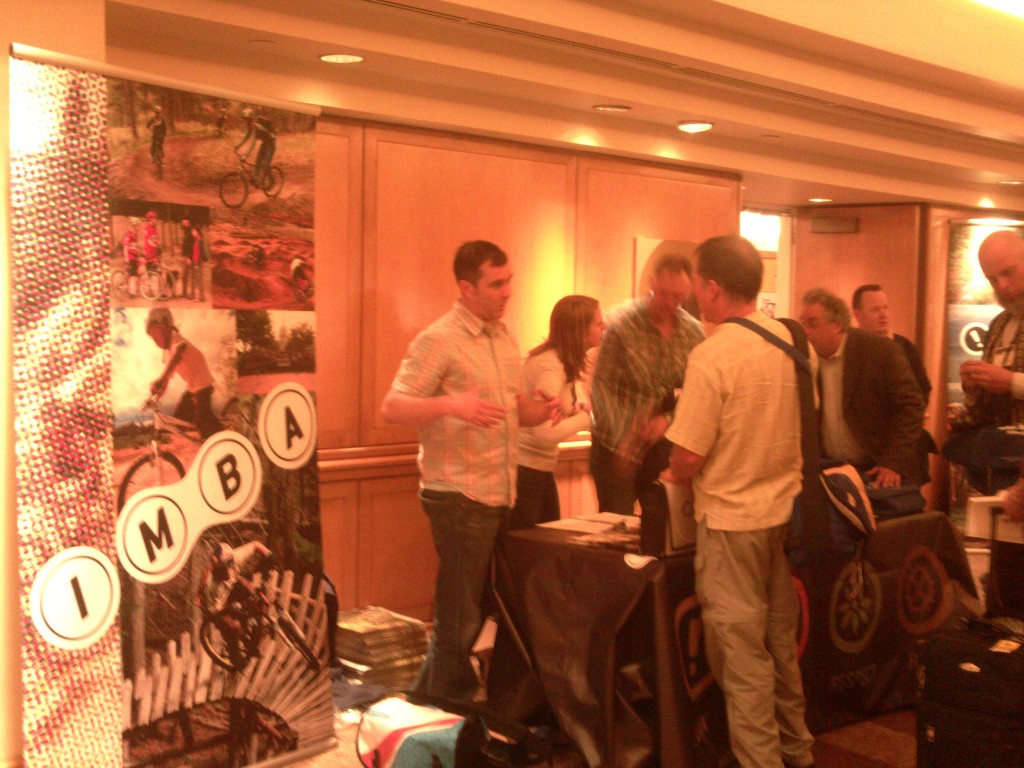 Favorite quote of the day comes from IMBA Regional Director Hansi Johnson during this time of the day, “The Mountain Bikers are only a small bit of the people here…but we are the ones everyone wants to hang out with!”

The first timers orientation was standing room only, another very good sign for the summit this year. 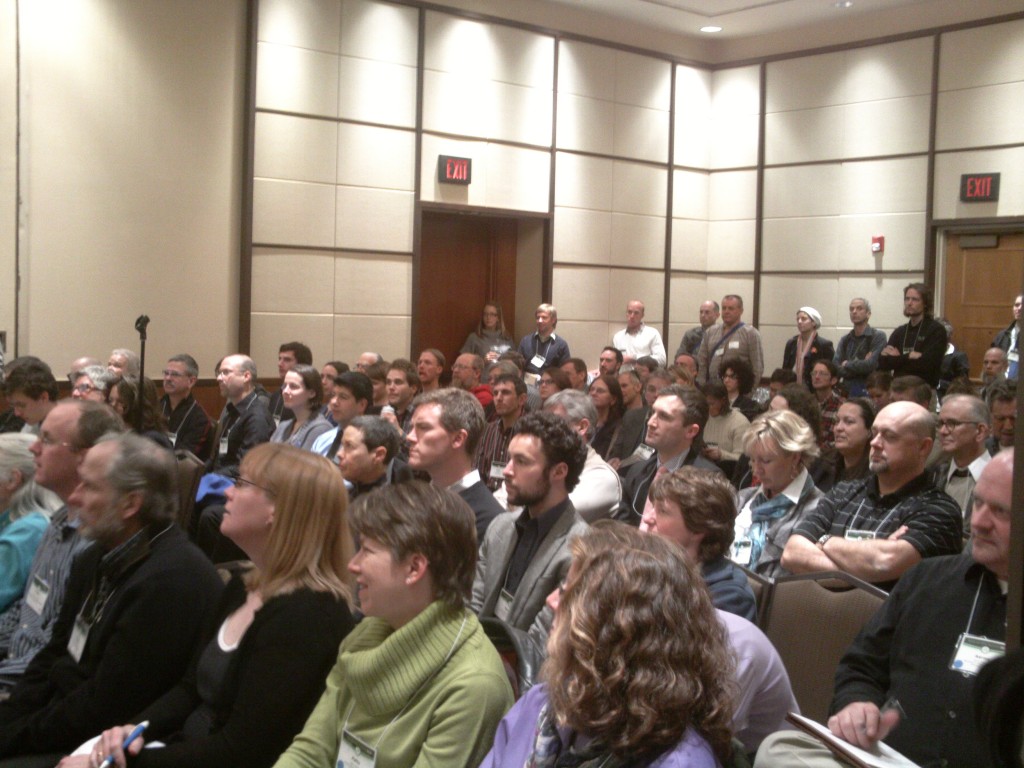 At this point it was time for dinner and I really got an idea how many people had made the trip to DC this year. 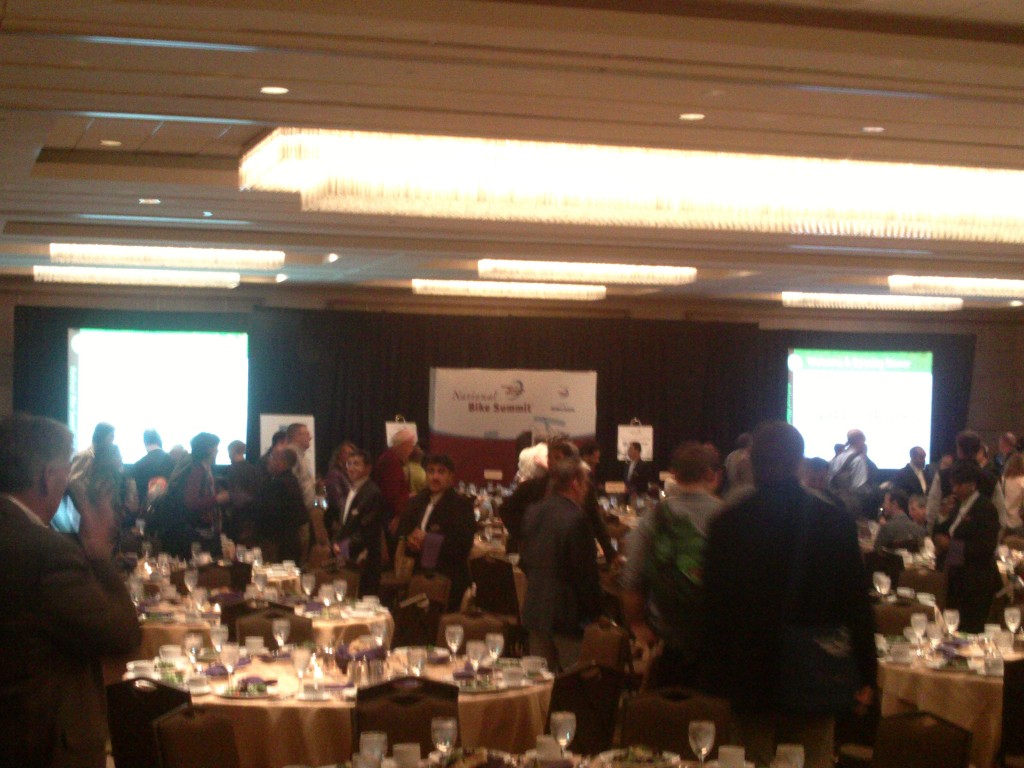 During dinner delegates heard speeches from the President of the League of American Bicyclists Andy Clarke, President of Bikes Belong Tim Blumenthal and the highlight was Secretary of Transportation Ray LaHood. Secreatary LaHood was very proud to be speaking to the delegates again this year, going as far as saying that the Department of Transportation was with us and believed in what we were doing.

In review it was a fun and very tiring day that I wouldn’t have had any other way. Its certainly rewarding to be in a room full of bicycle nuts of all ages and disciplines. Its also very cool to see Dave Wiens and Gary Fisher wandering around…you can’t beat that! 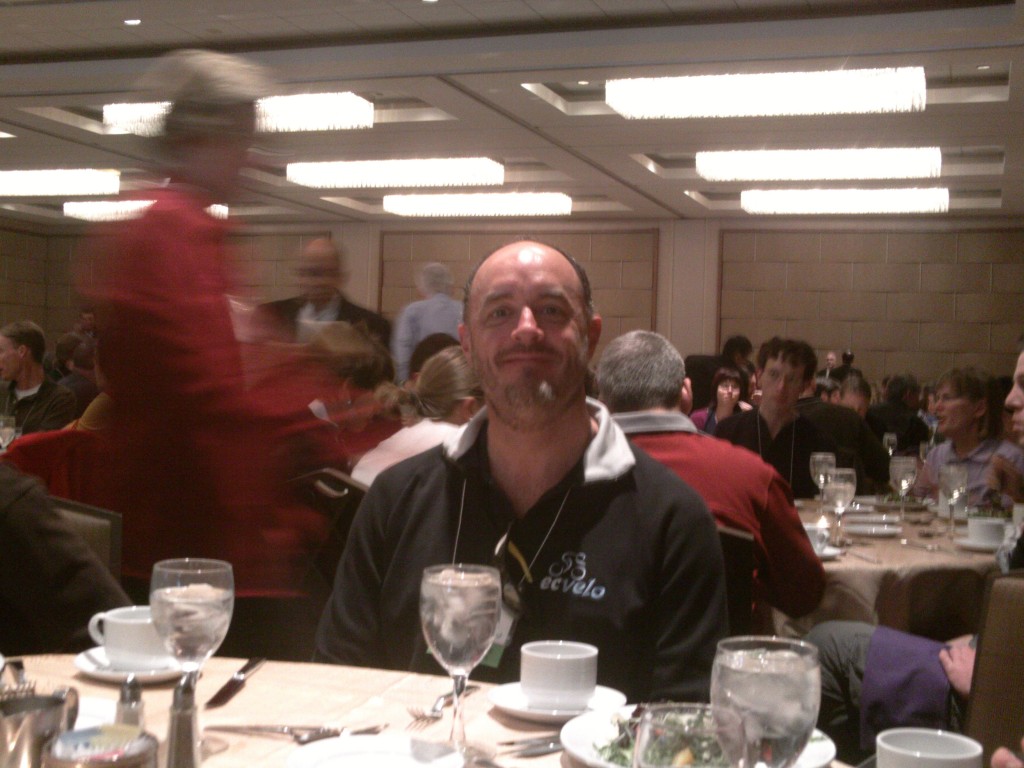 I’ll be filling everyone at the end of the day tomorrow as well since I don’t have WiFi access at the summit location. Until then everyone, have fun and be safe out there.